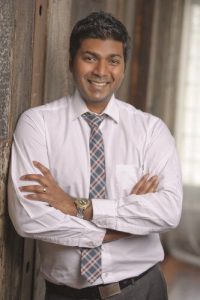 Born and raised in Vijayawada, India, Dr. Lohith Bose MD, FACS, moved to the United States when he was 15 years old. With a keen interest in science and mathematics, he obtained his Bachelor’s degree in Electrical Engineering at the Georgia Institute of Technology. He went on to pursue his medical training at Ross University School of Medicine. As a medical student he had the opportunity to volunteer for a medical mission to the Philippines where the team provided surgical services to the poor indigenous population of Catbalogen.

It was here that he learnt how a surgeon could positively impact patients’ lives. This experience inspired him to become a surgeon. He completed five years of General Surgery training at the State University of New York at Buffalo where he also served as chief resident during his final year. As a resident, he received multiple accolades for both his clinical and teaching skills as well as his research endeavors. Among his awards include the Gold Star Resident of the Year Award in Pediatric Surgery and the Best Resident Teacher Award in 2011. 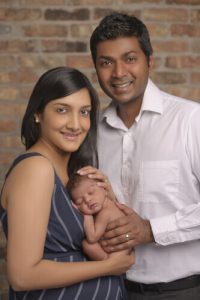 During his surgical training, he developed special interest in the field of plastic surgery. He spent the next three years training in Plastic and Reconstructive Surgery at the Loyola University Medical Center in Chicago where he again served as chief resident during his third year. In 2015, he was a recipient of the Magis Star Award for Exceptionalism in Patient Care. Even while in practice, Dr. Lohith Bose MD, FACS continues to further his knowledge in the field by frequently attending regional and national meetings and conferences. He keeps abreast of new innovations and current surgical techniques to offer the latest and cutting edge treatment options for his patients.

In his spare time he enjoys swimming, working out, playing poker and spending time with his family. His wife Dr. Neeru Bose, a cancer specialist, has been serving Northwest Indiana for many years. Their newborn son, Dylan, is the light of their lives.

Please note that, unless otherwise specified, all photos on the site are models.